Disclaimer: I wrote this review before finishing the drama and oh boy I wish I had the courage to completely rewrite everything. This drama started off so good. The characters were cute and the plot made some sense. That was until the director ruined it all with repetitive arguments between the characters. Every time I thought an issue was resolved, the same problem would come again for the next five episodes. The ending was also rushed and didn’t tie loose ends.

To be honest, I started skipping throughout the episodes at some point… I am glad that I did. 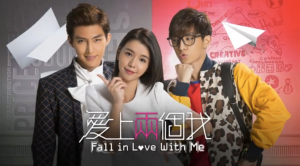 Lu Tian Xing is an advertising genius. He is the CEO of one of the largest advertising company and credited for many successful campaigns. Tian Xing’ success makes him slightly conceited and sometimes annoying. When Tian Xing decides to take a break, everyone is surprised. The employees of his company, especially the COO, are shocked and don’t know how to work without him. 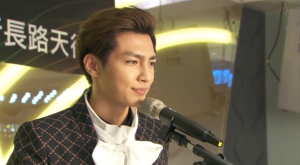 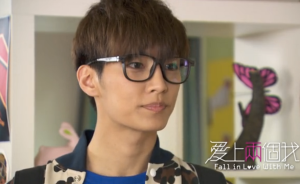 OZ used to be the company of Tao Le Si’s older brother. When he passed away, Tao Si vowed to run the company. Despite her dedication and efforts, Tao Si is unable to make OZ thrive. She attributes OZ’s failure to Tian Xing. Yet, when she meets Xiao Lu she slowly falls in love with him.

We are almost halfway through the drama and things have been moving pretty fast, which is surprising for Taiwanese dramas. They usually tend to drag. Well, Tian Xing/Xiao Lu clearly likes Tao Si, but she likes Xiao Lu. Not only does she only like Xiao Lu, but she also hates Tian Xing. Let’s say that HATE is an understatement.

Tian Xing wants Tao Si to fall in love with the real him, and not only is alter ego. Therefore XIao Lu is taking a step back and trying to have less and less contact with Tao Si. The latter is confused and slightly hurt. Yet, it’s hard for her to dwell on it since Tian Xing is flirting with her. Tian Xing made an unsuccessful and slapworthy confession; and is using work as an excuse to spend time with Tao Si. 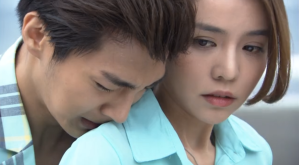 Things to look out for: Well, Tao Si falling in love with both; or loving Tian Xing and forgetting about Xiao Lu. I also wonder how and when she’ll find out that there are the same person. That will be pretty intense. So far, I am not in a hurry. I want her to get to know Tian Xing and see that he is worth loving. Lastly, let’s see how the characters interested by our leads will affect the dynamic.

I have to say that I prefer Fall In Love With Me to Just You…  I know that might surprise the fans of the pairing Aaron-Puff. I am surprising myself. I did love the chemistry between Puff and Aaron more, but the plot of Aaron’s new drama turn to be a lot more interesting. Aaron’s acting skills are shown a lot more too. Tia’s acting is not the best, but Aaron is doing such a great job that he basically carries the drama.I felt like in Just You his character was limited whereas here Aaron has to play two personas. On the one hand, we have Xiao Lu who is the nice, gentle, and sweet one. Everyone’s dream boyfriend. He is hardworking, understanding, and supportive . It is easy for Tao Si to fall for him since he is almost perfect. Let me add that Xiao Lu does everything to please Tao Si – little romantic surprises, the attention, etc. 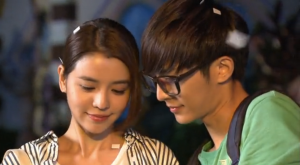 On the other hand, we have Tian Xing who is vain, rude, and a ruthless businessman. Truthfully, Tian Xing can’t be really blamed for OZ’s troubles since business is business.

Seeing Aaron play both characters truly impressed me. At the beginning of the drama, I thought it was ridiculous that no one would quickly pick that Xiao Lu and Tian Xing are the same person. Yes, they look alike but their personalities are different. We all have different facets and clearly that’s what this drama shows. People are not either good or bad. 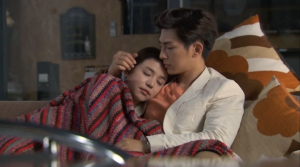 9 thoughts on “Fall In Love With Me: An Unexpected Drama Crush”