A list of all the dramas we loved! The year 2014 had quite some good dramas. The key was to discover them! Thank you 2014 for blessing us with those shows :-D! 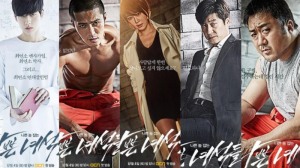 There are no words to describe how much I love this drama. Without any love lines, this suits me just fine because the excellent action and thrilling fights more than makes up for it. We have a twisted father, Mad Dog, who lost his daughter during a serial killer investigation and now leads a special investigations unit made up of three hardened criminals released from jail. Kind of like a tame Hannibal scenario?

Anyways, we have a hitman who turned himself in after a murder and is full of regret and seeking redemption. The second is a powerful gangster who conquered 30+ districts for his boss in the span of a few weeks. The last is a amnesiac serial killer who can’t remember his murders…and who might have murdered Mad Dog’s daughter. Sounds like a self-destructing bomb doesn’t it? Oh, and I almost forgot that meddling ahjumma female cop in the group who always speaks like she is whispering. Anyways, although having ulterior motives in the beginning, Mad Dog gradually begins to appreciate each criminal for their humanistic side. The four develop a special camaraderie that has them saving each other’s butts, instead of climbing over each other to reduce their own sentences with each case they solve.

The drama is fantastically shot, though sometimes hard on the eyes, because of the dark lighting they always use. The fighting scenes are simply superbly choreographed and portrays the strengths of each character. The acting is also up to par even though most of the actors are not A-listers. With each episode being a separate case, the drama manages to tie the whole thing together by linking each character with each other as well as connecting all the cases together in a big mystery case. The ending shows us the potential for a sequel…which I can’t wait to see written and filmed! 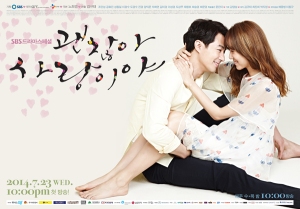 Having written a long Soompi article on this topic, you can tell this is one of my favorite dramas of the year. This drama is a unique combination of light rom-com mixed with procedural mixed and melo.

But most importantly, I enjoy the awareness and positive light the drama sheds upon the issues of mental illness and domestic violence. Commonly ignored or avoided, these controversial topics are in ample abundance in this drama. The actors did an excellent job in portraying individuals suffering from mental illnesses and traumatic childhoods. Furthermore, the drama also gives complex stories to the two side couples which is interesting as most dramas tend to gloss over supporting characters.

The drama also does a nice job of being blunt and realistic in each episode, showing how real couples figure things out instead of your chaebol prince taking care of the candy happily ever after trope. For example, sex, like omg, a topic which is blurred, censored in most Korean dramas, is talked about frankly and openly in the drama. Furthermore, the drama is beautifully shot, with such color colors and emotions. And the OST for the entire drama is simply to die for. Instead of having a mostly Korean-centric OST, the song uses many different indie-type tunes from the US to give the drama a fresh feeling. 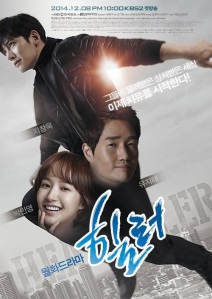 Although only up to episode four, the drama is shaping up very nicely and hits all of my Kdrama kinks. We have an excellent night courier who is more like a parkour City Hunter type deal than your delivery boy. You know I love my fighter boys, the ones who know how to take care of themselves!

Add some birth secrets, intrigue, and traumatic childhood angst, we have a pot full of intrigue! The main female is quirky and lovable without a side of Candy-ism which is refreshing. The main male lead has a Batman complex for now as he acts as bumbling reporter hoobae during the day while being parkour ninja at night. I am so looking forward to how this drama pans out! 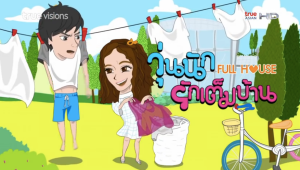 This drama made my year! After watching Full House, it’s been hard to find another drama that would keep me engaged. This version of Full House has to be the best so far. The chemistry between the two leads creates nothing but cuteness overload. In this version, it’s clear that the male character – Mike – is into Aom. The way they tease, support, and love each other is <3. I hated all those guessing games in the Korean version of Full House. I am not a psychic and trying to read Lee Young Jae‘s feelings quickly got tiring.

The Thai version does a good job at focusing on the romance and the main leads. We see their feelings evolving and how Mike becomes a more mature person. In the Korean version, the male lead was full of himself throughout most of the show. He had 16 episodes to redeem himself, but nothing good happened.

The images in this drama are so pretty because of the HD part, the colors, the makeup and outfits. Min, the female character in love with Mike and the equivalent of Kang Hye Won, has the prettiest outfits. No matter how much she annoyed me, I had to acknowledge that she was well dressed.

Let’s add that Aom’s bubbly self made me love her even more! 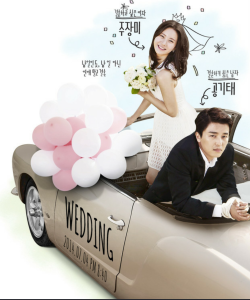 This drama didn’t have the attention it deserved. The show tackles the hardships revolving around marriage. First, should one get married at all? Second, what is marriage all about? Our two main leads have different perspectives on marriage and love; those perspectives have been greatly influenced by their parents. The female lead, Jang Mi, dreams to have a solid relationship that leads to a blissful marriage. Jang Mi‘s parents have a fiery relationship; they constantly argue. Since the parents live and work together, home and their work place easily become battlegrounds.

Growing in such environment has made Jang Mi sensitive, and someone who clearly voices her concerns, fears, and emotions.

The male character Ki Tae is from a prominent and dream like family. Yet, that is only a facade. Ki Tae‘s father has been cheating on his mother for several years; the mother knows and puts up a pretense to save her family’s face. Seeing his family faking their feelings has made Ki Tae cold and reserved.

When Ki Tae and Jang Mi find themselves embroiled in a fake relationship, they each bring different perspectives on love and marriage. It’s fun to see Ki Tae warm up to Jang Mi. His cold demeanor changes when his feelings get involved. Everything that revolves around Jang Mi leaves him perplex and agitated. Oh, let’s add jealousy to the mix.

I was mostly drawn to the show because it showed how a child’s environment and upbringing can affect the way he or she feels as an adult.

Love Affairs in the Afternoon 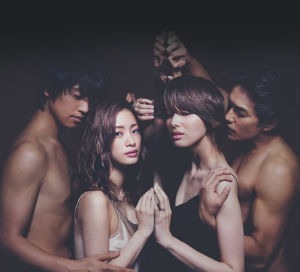 Extra marital affairs has been a hot topic in Japan lately. This drama is spot on when it comes to illustrating how a housewife’s way of life might lead to an affair. It’s fascinating to see what goes on in someone’s mind when he or she breaks his or her vows.

What I retain from this drama? Never judge, I felt bad for both female characters. It’s easy to point a finger at someone who goes against moral principles. I also felt like the pressure that society puts on women has a large responsibility. Sawa and Rikako had to be perfect in every aspect – beautiful, good housewives, and good mothers. The husbands never asked questions about their wives’ happiness or how they felt; they assumed that since they were happy, the wives were happy too. So suffocating.

The ending is not cute, but the drama never was. It’s an appropriate ending for a drama that touches the sensitive topic of adultery. 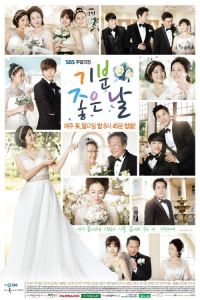 Family dramas tend to drag so much that they suck the energy out of me. The unnecessary and side plot lines are distracting and borderline annoying. Not for Glorious Day! It has your typical ingredients – the main couple wants to get married and the parents disapprove. Let’s add a birth secret and a useless father.

Yet, the director managed to make everything come together. I think it’s all about dosage; the director is able to blend the romance and family aspect well. We also have enough screen time for the main couple as well as the side couples; the romances between each pair is given enough background and time to develop. I have to say that there is an irresistible ahjussi-ahjumma romance!

This was a good show to watch while waiting for airing shows to have new episodes. There are only a few family dramas that I have liked so far and this has to be one of them! 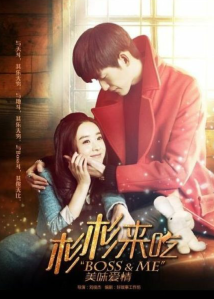 This had to be the Chinese equivalent of Full House in terms of how addicted I was. Once you see the chemistry between the male leads, you will definitely understand why I was so into it.

The perfect Cinderella story. Shan Shan comes to Shanghai to work in one of the biggest corporations in China; she didn’t graduate from the best school but surprisingly got a job in the accounting department. Hard work for our Shan Shan! When she realizes that she was picked because of her blood type, Shan Shan is hurt but decides to make the best out of it.

I didn’t expect much from this drama, but one episode was enough to change that. The show is funny, cute, and easy on the eye – colors, outfits, and the way it is filmed. 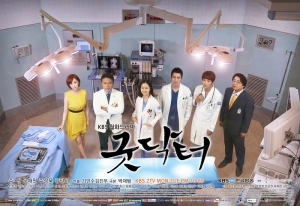 I just started watching this show and I only have one thing to say: Why didn’t I start earlier?! I am usually not fond of medical shows because they tend to be depressing. Too much blood and stress. I also don’t understand none of the complicated terminology used :-D.

Joo Won is doing an amazing job as Dr. Park – a first year resident with savant syndrome. I wonder how long and how much work it took him to understand all about savant syndrome. His portrayal is touching and makes me rethink the way people with disabilities are treated. Dr. Park’s co-worker bully him and every single mistake is blamed on him; children in the pediatrics department are sometimes scared of him and parents don’t trust him with their children’s lives. I am at episode six and I wonder if our male lead will be able to adjust.

There is no romance yet as things are already complicated for our male lead. I can’t wait to see how his career and future as a doctor will be affected by his soon to be romance with Dr. Cha. I think the romance with Dr. Cha might help him communicate his emotions and connect with patients and co-workers effectively.

Dr. Park clearly has the knowledge, but it all comes down to his ability to apply what he learned and the bonds he will establish with patients.

Oh, did I mention that I am a big Moon Chae Won fan?