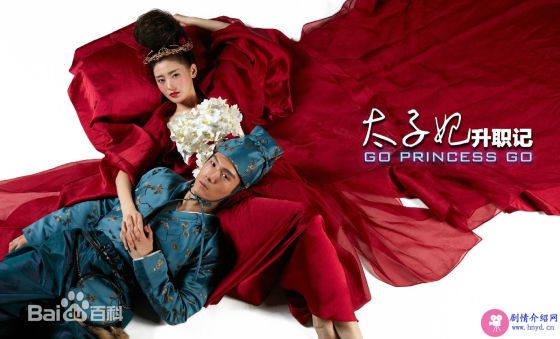 A parody, but also not really. We always see dramas genderbending girls into acting like boys, but not often do we see the other way around. This time, like BuBuJinXin, we have a time traveler who ends up in the era of Chinese dynasties. However, this time, it is a guy who becomes a woman! After suffering an accidental drowning in the pool, Zhang Peng becomes Royal Crown Princess Zhang Peng Peng as he is thrown back several hundred years. He ends up in the body of a very beautiful woman, but still has the mind of his past life as a player whose only goal in life is to eat good food and fool around with beautiful women. At first, he tries to kill himself again in order to go back to the future. However, he ends up lusting after all the beautiful women he encounters in the palace, including his own maid and the crown prince’s concubines. It becomes hilarious since he is still in a women’s body and they are oblivious to his advances. However, she soon becomes sand-whiched between the Crown Prince Qi Sheng that she is married to and his brother, 9th Prince. In the beginning, Qi Sheng had no romantic feeling for his wife, Peng Peng, and was having an affair with another brother’s wife. The past Peng Peng just became embittered and jealous as time went on. However, after Zhang Peng took over, she gave Peng Peng an entire personality change. She was empathetic to the plight of the men and didn’t even mind all the affairs and concubines as she was too busy enjoying herself with all the beauties. At one point, Qi Sheng tried to assassinate Peng Peng when he thought he was unable to control her and thought she was a danger to him. This pushed her into forming an alliance with 9th prince and his friend. She wanted revenge on Qi Sheng and to grab hold of power for 9th prince or even stabilize her own position in the palace. However, as time wore on, Qi Sheng become more and more interested in the new Peng Peng and even fell in love with her. Their intense emotions for each other vacillated daily.  She became more and more entrenched in palace affairs and eventually even bore Qi Sheng a child. However, this vicious cycle of them lying to each other eventually came to a head as they constantly tested each other on their feelings. Peng Peng also became feminized as she fell in love with Qi Sheng.

So funny and ridiculous that it becomes addicting! The scenes are quite racy, but so so hilarious as you see Peng Peng still acting like her male self in a female body. The drama comes off more as a parody rather than a real traditional drama piece. It takes your typical clichés and adds humor to them. Peng Peng also adds her modern flair to each situation too as we hear a male voiceover for her thoughts. The actress who plays Peng Peng is absolutely wonderful and literally carries the whole drama. Zhang Tian Ai is her name and she gives off the Fan Bing Bing vibe. She emotes beautifully and has a great comedic flair. As for the male leads, I’m not really a fan of their acting or their motives in the drama. Qi Sheng had actually tried to kill her in the beginning and was having an affair, pretty irredeemable for me. Peng Peng deserved somebody better even though he made up for some of his indiscretions, but still not enough in my opinion. As for the costumes, they were incredibly beautiful, but also incredibly inappropriate for the time period. The women’s outfits were quite revealing, but so beautiful because of their flowy natures. The men’s costumes were adapted for a model runway show in real life, and clearly not practical for real life applications. For example, Qi Sheng and co would wear these odd chest armor with shorts and a weird half tattered box thing on their backs. While some of the acting was super exaggerated for comedic effect, it did not take away from the good emoting of some of the characters. The music was also quite beautiful and made you think you were watching a serious period drama instead of a parody. All in all, it was great for a laugh and honestly just plain addicting for its sheer craziness.

2 thoughts on “Go Princess Go: The Other Genderbender”