Jae Ho is the MVP

He’s been playing cupid in the house and I am here for it. He has a clear grasp of people’s emotions. I honestly believe that the Hyun Woo – Young Joo ship wouldn’t be sailing as it is right now if it wasn’t for him. Thanks Jae Ho!

Or when he created an oppoortunity for skinship between Hyun Woo and Young Joo?

END_OF_DOCUMENT_TOKEN_TO_BE_REPLACED 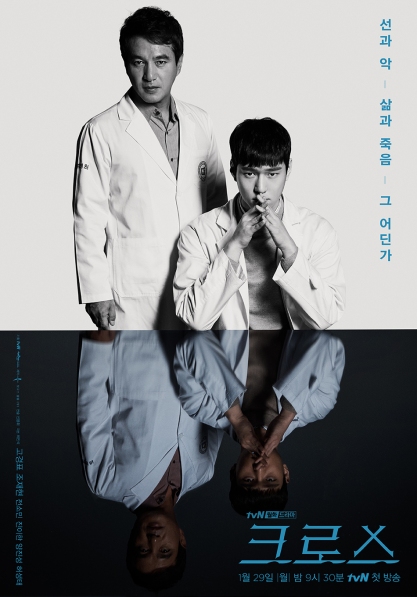 While it may not be everyone’s cup of tea, I love me some medical dramas (only if they are done well and realistically, so BYE DESCENDANTS OF THE SUN). Cross is a medical drama focused on organ transplants which I am very familiar with as I work on a transplant ICU! The main character Kang In Kyu is on a revenge warpath to dig out the organ harvesting rings and stop the illegal trading of organs. His journey starts when his father is brutally murdered and all his organs harvested because they were scrapped for money for his sister’s treatments. As a result of a scuffle between In Kyu and the leader of the ring, Hyung Bom, In Kyung injures his head which in turn gives him a sharper sight than most humans. In Kyu decides to make it his life goal to find Hyung Bom and punish him. Under the guidance of Jung Hoon, a organ transplant doctor, he becomes a doctor as well. His personality is exceedingly cold and robotic as he is so focused on capturing the perpetuator that made him suffer for 15 years. Thus he becomes a doctor with an aim to harm rather than heal. Soon he becomes a prison doctor in an effort to kill Hyung Bom slowly with medicine. However, this plan is derailed when Hyung Bom finds out and escaped. In Kyu is shortly transferred to the same hospital that his foster father, Jung Hoon, works at. He tries to repair the strained relationship between him and his foster father due to past misunderstandings. However, he soon finds out that the hospital executives themselves are involved in illegal organ trading. With the help of tentative friendships he made along the way, he sets out to trap Hyung Bom and put him away forever.

While Ko Gyung Po was decent in the drama, I felt like this role did not suit him very well. He has a very puppy dog lost kind of look and just doesn’t feel harsh enough. I think a grittier actor may have fit this role better. However, it was fun to see how his sharper eyesight worked to his favor when fighting! Now for the unfortunate sexual harassment scandals that Cho Jae Hyun was involved in, I cannot fault him on his acting skill which is superb, but I am glad he come forward to admit his transgressions. This resulted in his removal from the drama, albeit the drama was in it’s final stages anyways. All in all it was a decent watch with realistic organ transplant ethical dilemmas to think about.