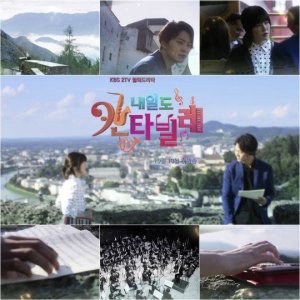 Joo Won plays Yoo-Jin, a very talented musical genius, who aspires to be a conductor even though he is in the piano department of the school. Joo Won portrays Yoo-Jin as an intense and even arrogant young man who believes that his talents lay elsewhere. However, after meeting Nae-il, Yoo Jin learns to tolerate those with a uh..lets just say a much different style of living. With the Korean version, Joo Won’s piano playing act is passable, but conducting acting lies more on the dramatic side. However, his adorable smirks and helplessness more than balances his act. Sometimes, Joo Won’s Yoo-Jin seems like he is on the edge of a bursting into a fit of passion.