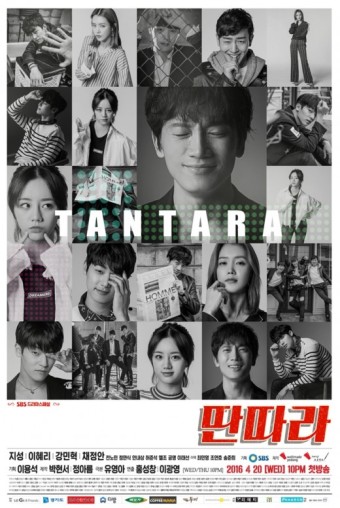 Entertainer, does it entertain me enough to continue watch? Yes, it does. After Ji Sung’s last drama, KMHM, I of course wanted to try his new work. In Entertainer, Ji Sung plays Suk Ho, a director who manages successful groups under a large entertainment group called KTOP. His pride is a group called Jackson, which he hand fed and raised to the popularity they enjoy now. However, his type of management is very “the ends justify’s the means”. He is willing to use whoever and whatever he can to promote his group. With his successes, he decides to make his own entertainment company and back out of KTOP while taking the most popular boy group, Jackson with him. He had set everything up and was ready to go, until two unfortunate things happened to him. He had used a songwriter without giving him credit which made the songwriter commit suicide. On the way to the funeral, he gets into a drunk driving accident to which the other party would not settle. This lands him into prison and his once loyal assistant backstabs him and pushes him out the KTOP door before he was ready. With his name blackened and Jackson resigning with KTOP, Suk Ho has a hard time reviving himself. He even goes to Busan to ask a colleague to borrow money, to which he was coldly rebuffed. However, there he by coincidence hears the voice of Ha Neul singing an academy jingle which he was in his most depressed state. Ha Neul, a young boy who had just been convicted of sexual assault (questionable circumstances…) in court, was enduring his own torment. With his named blackened and his poor sister, Geurim struggling to make ends meed with their parents gone, his outlook was bleak. It was even due to his love of singing that caused his parents accident. However, that one jingle pulled Suk Ho out of his stupor and he began to pursue Ha Neul. After some convincing of both siblings, he manages to convince Ha Neul to come sing under him. He finds a Juliard-grad guitarist who seems to be struggling for a career to play instrumental to his new vocalist. As things are starting to look up for this small new group under Mango, some more bad news is gunning for Suk Ho. What comes around goes around.

While I wasn’t impressed with the first episode, the second one gave the show much more potential. Like the newbie band and entertainment group, I am looking forward to seeing if the drama will gain momentum. Ji Sung has a way of saving shows and I really enjoy the real life talents of Min Hyuk and Hye Ri who play budding musicians. Especially, Min Hyuk, who has a heavenly voice which is downplayed by his real life band CN Blue with Jong Hwa. This drama was will a stage to show off his talents independently. I also couldn’t help, but see many of Ji Sung’s past personalities form KMHM in his new character Suk Ho. This just goes to show how much his performances stick with you! All in all, I am a big fan of musical dramas and really hope that this understated drama will gain more popularity!