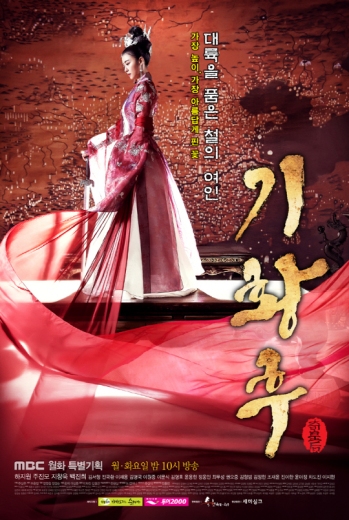 This is it. This is the longest Korean drama that I will ever watch at 51 episodes. I had put this one off only because of the length for quite some time, and only recently decided to brave it. I am totally glad I did as it is turning out to be one of the best dramas I have watched in awhile. It has all the fixings of a saguek that I love. Ha Ji Won plays Suenyang, a Goryo born woman who lost her mother during her childhood as they were being hauled off to be the Chinese Yuan Kindom’s concubine tribute. After seeing mother and daughter being beat badly, young crown prince of Goryo, Wang Yu, attempts to free them. However, in her attempt to escape the slave caravan, her mother is shot down by Tanqishi, son of the all powerful Regent of China. Seungyang ends up crossdressing as a boy for most of her life to hide from the authorities and to have more independence. She ends up working for Wang Go, uncle to the Goryo Crown Prince, but secretly undermining him as he is the one fueling the concubine trade. She passes along information to the royal officers to take him down. She and her loyal group of followers manage to thwart Wang Go’s plans with the help of the now grown up Wang Yu. However, she does not know he is the crown prince. They end up forming a brotherly bond as they help each other out. Wang Yu is portrayed as a handsome and passionate man who tries to follow the just path. As they go their separate ways after, she manages to find her long lost father who is a General for the royal family. During her stay with him, they are tasked with making sure the exiled Crown Prince of China would stay alive and lately return back to China. The current Regent of China was El Temur, a brutal tyrant who was trying to obtain all the power for himself by killing off the Crown Prince of China in Goryo lands so that he can also oppress Goryo. Two birds with one stone. The Crown Prince of China is Ta Hwan, who will name as baby emperor as all he does is cry, whine, and pout. He is scared for his life and cowers whenever there is a fight. He manages to escape the Regent’s first attempt at killing him off because he was hiding and ends up being shunted to an isolated island for his protection.

END_OF_DOCUMENT_TOKEN_TO_BE_REPLACED 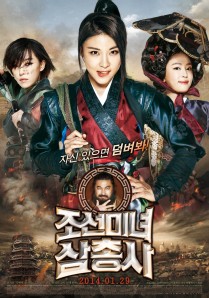 The common theme for me while watching this movie was the phrase, “What?” Coming into it, I thought I was going to watch an action thriller with Korean “Charlie’s Angels”. However, it turned out to be an odd mash up of 80% comedy and only 20% of serious action. Jin-Ok, Hong-Dan, and Ga-Bi are three beautiful bounty hunters who work with Moo-Myung, who brings them job assignments.

Each of the three has unique personalities. While, Jin Ok (played by Ha Ji Won), seemed to be the leader of the three with a traumatic past, Hong-Dan (played by Gang Ye-Won) was the long-suffering wife with pin-throwing skills. Ga-Bi (played by Ga-in) was the tom-boy who doesn’t really care about anything much except for her fellow fighters and will finally discover love in an unexpected place.

One day, the group receives a job to deliver a stauroscope from China to the King of Joseon dynasty. Secret envoys on this mission have been dying one by one after being attacked by assassins on the Chinese side. Of course the three musketeers take up this dangerous mission for the big monetary reward at the end. Add in a dash of a past lover/servant of the family who of course has amnesia and doesn’t remember Jin Ok, and we have ourselves a mashup of an almost comedic trope of star-crossed love with one side busy trying to kill the other.

Though the movie does deliver a few laughs and does have excellent special effects, especially with the fighting scenes, the plot is extremely loose. I had to often pause the movie and make sure I hadn’t missed a section. Then again, perhaps I came into the movie with too high of expectations since I was used to Ha Ji-Won’s serious thrillers, and this comedic piece threw me off kilter. To be honest, this movie is more akin to a Kill Bill movie where parts are exaggerated and exude an almost comedic affect with it’s craziness.