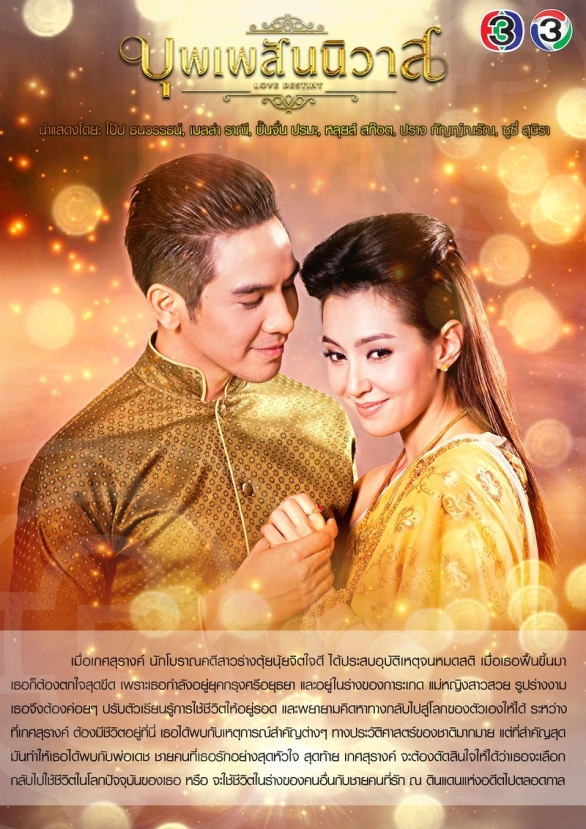 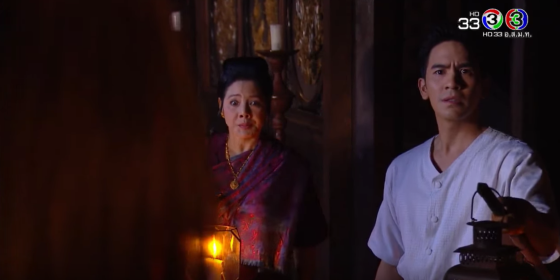 As time goes by, Kade must adjust to her new life in 17th century Ayutthaya, which presents so many challenges. She has a hard time getting used to social customs and norms, especially when it comes to acting like a proper lady. Kade is outspoken, loud and mischievous at a time when women were expected to be calm and composed.

Communication is another barrier. From what I’ve gathered Kade speaks a more informal and modern version of the Thai language. Some of the words she uses are totally unknown in Ayutthaya, which leads to countless misunderstanding. Eh, more entertainment for us.

Lastly, Kade needs to redeem herself or more like making amends on behalf of Karakade. As much as possible, Kade tries to show to those around her that she’s changed. That she is not the old Karakade. No easy task as this involves making amends to every single person around. The servants, Por Date, etc.

It takes a while for feelings to develop, which makes total sense.

I would have been skeptical if love blossomed since day one between the leads. Kade was no angel as mentioned before and it takes time for people around her to open up. However, once it does… viewers can say for sure that the chemistry between Por Date and Kade turns out to be out of this world.

Por Date is supposed to be poised and dignified but once he falls for Kade he has a hard time hiding his emotions. To the point that he goes from being the person who is a 100% against getting married to the one who relentlessly pursues Kade. In a non-creepy way of course.

Every episode is a history crash course

Kade being  an archeologist from the 20th century knows damn-well how things play out in 17th century Ayutthaya. What’s fascinating for her is to see the places and meet the people she’s read about. For viewers, this turns into an entertaining history crash course. We get to learn about historic figures such as King Narai and Constantine Phaulkon.

Being a know-it-all often puts Kade in a tough spot. As she drops knowledge, the people around her become suspicious of how she knows so much. Luckily, Kade doesn’t try to meddle and change the course of history. We all know how that could have ended.

It’s all about redemption and reincarnation

This part was kind of hard for me to understand. I loved Lovefia’s explanation on this so make sure to check out her post.

How popular is Bpoop Phaeh Saniwaat

From what I have read here and here, the show was a huge hit in Thailand and neighboring countries. The show seems to have created a surge in tourism in Ayutthaya Historical Park. In addition, a few episodes were added. I definitely can’t complain about that.