Jae Ho is the MVP

He’s been playing cupid in the house and I am here for it. He has a clear grasp of people’s emotions. I honestly believe that the Hyun Woo – Young Joo ship wouldn’t be sailing as it is right now if it wasn’t for him. Thanks Jae Ho!

Or when he created an oppoortunity for skinship between Hyun Woo and Young Joo?

Jae Ho should have given a chance to Jang Mi.

I think the Jae Ho – Da Eun relationship is one sided. Since the beginning, he made it clear that he has his eyes set on Da Eun. It’s not necessarily the case for Da Eun. She has showed more interest in Hyun Woo than Jae Ho. Part of me thinks Da Eun is settling for the easy/comfortable option: Jae Ho.  The latter also made it hard for Da Eun to explore other options since he’s been so vocal about his feelings, which is a deterrent for other men.

A lot of viewers might have been surprised that Da Eun asked Hyun Woo on a date but I wasn’t. I went back and watched the first few episodes and there were clear hints:

Da Eun’s eyes were sparkling when she saw Hyun Woo for the first time. 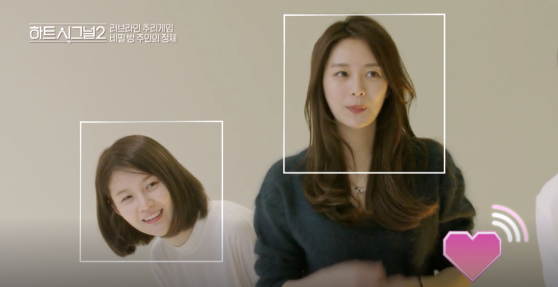 During the first dinner with Hyun Woo, she showed more aegyo than ever. I was taken aback by that. She acted like a totally different person.

Da Eun is the one who asked Hyun Woo if the other girls and her could visit his restaurant. She was extremely proactive. I think she only backed down a little bit when Hyun Woo kept showing interest in Young Joo.

I don’t blame Da Eun for going on a date with Hyun Woo but I dislike the fact that she wasn’t upfront with the other girls. The female trio had a girls’ night out early on in the season, Hyun Ju and Young Joo made it clear that they were into Hyun Woo. Da Eun didn’t do the same and kept quiet about her feelings.

Da Eun has also landed in the crosshair of many viewers

She’s getting a lot of heat for how she answered one Instagram comment. She has now made her Instagram account private. In summary and from what I understand, someone made a snide remark… Da Eun got annoyed (understandably) and clapped back pretty strongly. I understand where she is coming from but I think her answer was inappropriate.

Why even bother responding to IG comments? If you are in the public eye, you’ll get some love and some hate. This comes with fame. . Da Eun should have ignored it. Yes, some netizens might be too much but it’s necessary to grow thicker skin, especially since she is an aspiring actress.

Every time someone mentions a possibility between Hyun Woo and Hyun Joo, you can tell she starts overthinking. I can’t blame her but I hope this doesn’t cause trouble for their budding romance.

Jang Mi and Gyu Bin: The single ones

Jang Mi is so into Do Gyun. Gyu Bin is so into Young Joo. I feel like it’s somewhat hopeless. I think they’ve both given their best but the odds are not in their favor. The only thing that gives me hope for Jang Mi – Do Gyun is the preview for this week’s episode. Jang Mi seems to spend some quality time with Do Gyun in this week’s episode. I think Do Gyun and Jang Mi are both so mature that it could be a great pair but Do Gyun persists and insists when it comes to pursuing Hyun Joo. Sigh. Like whyyyy?! I don’t get it.

I have 0 hope that Gyu Bin will get with anybody 😭😭😭. This breaks my heart. He’s so sweet. The panelists accurately point out that Gyu Bin is always there for Young Joo. When she cries or even when she is sick.

At least that’s the impression I have. It seems that Hyun Joo is now only turning her attention to Do Gyun because things didn’t pan out with Hyun Woo. I hope I am wrong. I hope Hyun Joo is really giving it a shot with Do Gyun. However based on our conversation with her friends in episode 10, it seems like Hyun Ju has still a little something for Hyun Woo.

I was wary of Hyun Ju at the beginning. I even called her jealous and somewhat shady. Yet, she’s been so genuine in the past few episodes that I have to take my previous comments back:

First, Hyun Ju told Young Joo about the salad and the note.

Second, despite the little competition going on between Young Joo and Hyun Ju (for Hyun Woo), Hyun Ju says only nice things about Young Joo. A lot of people would bash out of jealousy. It actually even made me a little sad when Hyun Ju said she can’t compare to Young Joo. I think she should be confident regardless.

There are no characters that I dislike… Just behaviors that annoy me and obviously I have my faves, Hyun Woo, Jae Ho, Young Joo and Jang Mi. I find them to be straightforward and level -headed. In terms of ideal pairing, I want to see:

I think cultural differences greatly influence who viewers like or cheer for. So we all need to understand that we might see things differently. For instance, I notice that Hyun Ju seems to be more popular in Korea than with international viewers. My intuition tells me it’s because of the aegyo. Young Joo seems to be the favorite for most international viewers because she has some aegyo but just enough. She also comes across as independent, successful and mature.