Dark and thoughtful (with a dose of sociopathy), just the way I like them. Solomon’s Perjury is definitely reminiscent of White Christmas, the short little series a few years ago that broke out a lot of popular actors today including Kim Woo Bin, Kim Young Kwang, Lee Soo Hyuk, Sung Joon, and Hong Jong-Hyun, just to name a few. I hope that Solomon will also highlight the new generation of acting talent by featuring some not as trendy popular actors/actresses. To get to the nitty gritty, Solomon is about high school students taking a death investigation into their own hands to uncover the truth for which the parents seem to be wanting to cover up.  In the beginning of the drama, we meet So Woo, a quiet young kid who got into a fight with the school bully, Choi Woo-hyuk. Choi Woo-Hyuk nearly kills So-Woo during the fight, but everyone is to afraid to speak up. It’s beacuase Choi’s father also happened to be extremely powerful in society and whoever crossed his family ended always up squashed. With Choi’s family pressuring So Woo to admit that he instigated the fight, So Woo decided to quit school instead. However, it is hinted that So Woo has knowledge of another of the Choi family’s weaknesses and was in a shaky spot regardless. Unfortunately a few weeks later, his body is found in front of the school, buried in the snow. Two students, Seo Yeon and Joon Young are the first ones to discover the body of their classmate. While the police and school hurry to close the case as a suicide, the circumstances of his death were a little suspicious. Both Seo Yeon and Joon Young are traumatized by this event and ended up bonding over the situation. Joon Young’s life at home has also been hard due to his abusive mother and he had contemplated ending his life at one point as well. However, with Seo Yoen’s support, he decides to keep on enduring. One day, a letter is delivered to Seo Yeon’s house because her father is a detective who was on this case. The letter accused Choi Woo Hyuk and his cronies of pushing So Woo to his death, making the case now a violent homicide instead of a suicide. Of course this spurs on more rumors in the school and this opens the investigation back up to the consternation of the school and Choi family. To the students, it seemed that the adults were doing a slipshod investigation and they want to find the real truth. Fortunately, at this school, an anonymous person called the Watchman seemed to take interest in spurring the student population in opening up their own investigation.

END_OF_DOCUMENT_TOKEN_TO_BE_REPLACED

Mook and Kim are engaged and looking forward to their future together. But there is trouble in paradise when Tada, Mook’s older brother, is accused of killing his wife Mon, who is no other than Kim’s older sister. 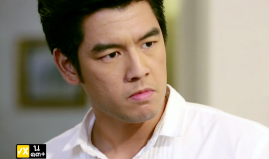 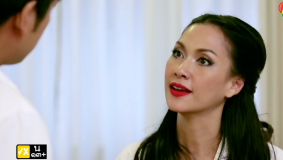 This turn of events puts a strain on Mook and Kim’s relationship, especially when during the trial Mook offers an alibi (lying about something that didn’t happen). The alibi, which helps free Tada, pushes Mook and Kim to break up with the latter vowing to take revenge on the siblings.

Although the court says Tada is not guilty (or that it doesn’t have sufficient proof), Kim strongly believes otherwise and decides to administer justice himself.  END_OF_DOCUMENT_TOKEN_TO_BE_REPLACED

When your drama OTP is a real life OTP….. 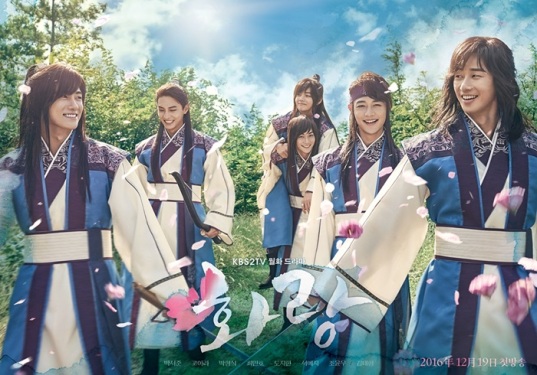 While admittedly I do have a full drama plate right now, I am not adverse to lopping a healthy dose of dessert right on top. But if I really need this dessert that is Hwarang still remains to be seen. Hwarang is full of gorgeous eye-candy….but it hasn’t hit that addictive spot for me yet. This is not say it won’t as it continues to air. Set in the Kingdom of Silla (for once, not Goryeo!), this drama tells the story of three main characters. The first is Moo Myung, a lone wolf of sort, who is incredible at fighting. He has a heavy sense of justice and goes around helping his adoptive brother find his real father. However, they must cross into the capitol city where peasants such as them, are not allowed. While they finally sneak into the capitol, they unfortunately get into several spots of trouble to the point where his adoptive brother is tragically murdered. Moo Myung is traumatized by the death of good friend and brother and vows to hunt down the one responsible. Meanwhile, Maek Jong, the future king of Silla sneaks into the capitol and is laying low due to the great number of assassins after him. His mother is the regent of the kingdom, but seems power hungry and does not want to relinquish her power ot him. Maek Jong is bitter and feels powerless as his mother orders the people beside him to kill whoever sees his father. Unfortunately, this is how Moo Myung’s brother dies for which Moo Myung wants revenge for. Our last leg of the trio is Ah-Ro, the sister of Moo Myung’s adoptive brother. Because of her family’s fall from grace and her birth from a servant mother, she has not status in the city and goes around spinning tales to earn money. She not only encounters Moo Myung, but also Maek Jong on her daily adventures. At this time in the kingdom, the queen decides to from Hwarang, a group of flower boys or knights to help inspire the people as well as protect the future king. We will see just how many nobles will clash in this new formation.

Do I need this drama or not is the question. Although I really want to be addicted to this drama, I just can’t seem to get into the groove of it yet. The first episode was slapsticky, whereas the second gave us a heavy dose of melo. The highlight for me so far was actually the cameo by Kwang Soo! He played Moo Myung’s adoptive brother. He is always so funny to watch and reminded me of his Running Man days. His death was definitely a tearjerker for me and I had wished he could stay longer. As for Park Seo Joon, while I was not a fan of his She Was Pretty, I really really want to like this drama. I believe this is his first period piece and who doesn’t love a little angstng from him? His story is compelling enough, but as for the rest of the plot, it still remains to be seen. I feel like the search for “flower boys” feels a little slapsticky and nonsensical to me, but hey, who is to deny the feast for my eyes? I just don’t know what is is, but I feel like our trio is better suited to modern dramas? They are all capable actors and actresses for sure, but something just not quite there yet for me. However, since this is only episode 2, this is one of those dramas where I am inclined to give it another go.

Happy New Year! As we kick off 2017, we took a look back at all those dramas that were somewhat a waste of time. We wish we could unsee these shows and get minutes refund for the time we lost. Unfortunately that is not possible. Instead we are giving you a quick rundown of shows that you too might want to avoid (in our opinion). 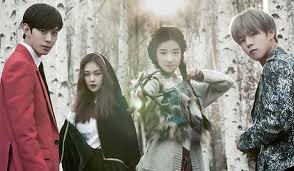 Descendants of the Sun: 40% Refund

END_OF_DOCUMENT_TOKEN_TO_BE_REPLACED 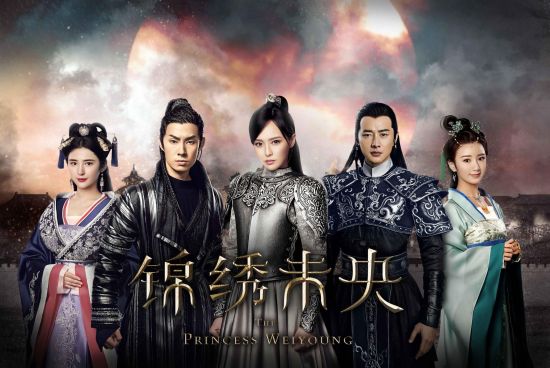 My tastes in tradition Chinese dramas are very specific. I love the ones where the heroine surpasses her peers in either intelligence or martial arts, or even better, both. Princess Weiyoung hits all of those points and has a perfect cast to match. Tiffany Tang plays Xin Er, the princess of the Northern Dynasty whole is loved by all for her intelligence and kindness.

However, one day, the Jiang Clan of Northern Wei decides to take it upon themselves to overthrow Xin’er’s family so that they can enjoy the power instead. Much blood is spilled and Xin’er’s entire family is completely wiped out except for her and her personal bodyguard. While on the run, Xin Er is saved by the illegitimate daughter of the Imperial Tutor. Weiyoung is shunned by the Jiang family because her mother is of low birth. Her family tries multiple times to assassinate her so that she is unable to go to the main house. Thus, she lives her life in the countryside and ends up dying while defending Xin Er from harm.

As a result, Xin Er decides to take over Weiyoung’s identity and get revenge both for her friend and the deaths of her family. She survives numerous attempts on her life by the Jiang family and eventually moves into the main house under the fake identity. There, she encounters much resistance from the main madam and Chang Le, her rival in love and status.

The Jiang family tries every which way to discredit her and kick her out, but she is able to outsmart them all and even gain praise for the Emperor himself. With her kindness, she manages to gain loyal supporters by her side even in the tiger’s lair. She also manages to catch the eye of Prince Gaoyan and Prince Nanan, potential heirs to the throne. Prince Gaoyan moves her heart as he has saved her from several difficult situations. However, she must keep her distance due to her real identity and her quest of revenge. Of course, Chang Le also has her eyes set on Prince Gaoyan and plots with her mother on how to get rid of her rival. It is a game of cat and mouse where a wrong step could mean one’s life.