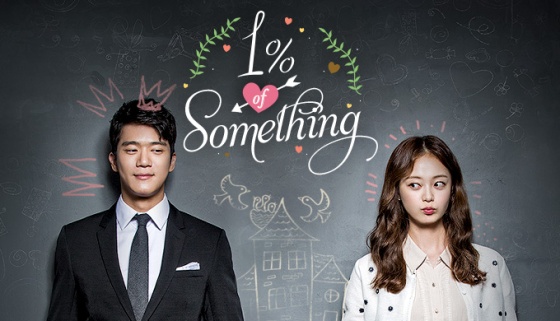 Lee Jae In is a spoiled chaebol (Nothing new here). He spends most of his time yelling at his employees and royally ignoring his own grandfather (Eh, nothing new either here).

I feel the pain of Jae In’s employees.

Funny thing is this could be hard to believe for those who don’t know him as Jae In can show a kind side… but only if you are a customer of his high class hotel. As ruthless as he can be, Jae In is smart enough to make sure hotel guests are satisfied.

His life experiences a turn (probably for the best) when his grandfather decides to hand his inheritance to Kim Da Hyun, a warm school teacher. Da Hyun took care of the grandfather when she found him unconscious while outdoor with her students. From taking the grandfather to the hospital and paying his hospital fees, Da Hyun pretty much wins the grandfather’s heart. 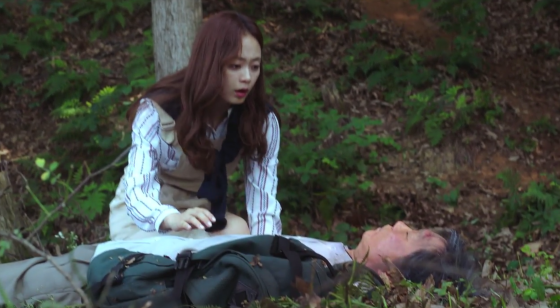 Charmed by Da Hyun’s behavior, the grandfather decides to set her up with Jae In. He thinks what Jae In needs in his life is a good woman who will make him a better man (I think this only works in DramaLand: Most of the time it’s unrealistic to change someone’s ways).

Grandfather decides to change his will. For Jae In to get his inheritance he will have to marry Da Hyun otherwise the inheritance will go to Da Hyun or another relative: Min Tae Ha who we have yet to learn more about (minus the fact that Jae In and him can’t stand each other).

It’s an understatement to say that Jae In isn’t happy about the news. He is convinced that Da Hyun manipulated the old man – probably another gold digger. To figure out the situation, Jae In confronts Da Hyun. The encounter is one of the most hilarious I’ve watched since Da Hyun is not one to be bullied or bothered. She doesn’t take Jae In’s nonsense and talks back to him. Let’s just say that she has a way with her words – resulting in Jae In’s bruised ego.

After a lot of back and forth, the grandfather accepts to let Jae In and Da Hyun date for six months rather than getting married. Humm, Da Hyun is still not convinced but makes a few demands of her own. Surprisingly (especially for Jae In), she doesn’t ask for what most normal people would ask for – money, a house, a car, etc. Rather Da Hyun wants Jae In to help improve the facilities of the school where she works. Funding has been reduced and she hopes to get a few good accommodations for the kids. Eh, in addition she wants Jae In to help the up and coming young artist Ji Soo. Da Hyun is the founder of Ji Soo’s fan club and the two seem to know each other quite well.

It’s not like Jae In is in a position to refuse and this seems to be a done deal (at least for now).

Disclaimer: Just want to put it out there that this is a remake of the drama “One Percent of Anything,” which I haven’t watched. I am starting this show with no expectations whatsoever and an open mind.

I am loving the cuteness of the show so far. I hope this doesn’t turn into a Cinderella and the Four Knights kind of disappointment – really cute and promising then going down the drain real fast. Sigh.

I like that there are many clues about what to expect from the show – romance, family drama, and (maybe) some lies down the line. Yet, I keep wanting more. There is usually nothing new about this kind of drama as the premise and plot is pretty standard. I think where the director of the drama and cast stand to make a difference is with the chemistry of the main leads and the flow of the show. And no nonsense tropes please (e.g., amnesia, accident, illness etc.)!

Jae In seems to have a lot of growing up to do and that’s where I think Da Hyun can help him. There seems to be a lot of family issues – probably resentment on Jae In’s part especially as he seems to be avoiding his grandfather A LOT. I hope that the show gets to the gist of the family issues pretty quickly. A few things we know is that although Jae In avoids his grandfather he has a close relationship with his mother. The father doesn’t seem to be in the picture so I assume that the mother must have married in the family.

I also look forward to learn more about the second male lead – Tae Ha. Jae In and him can’t stand each other apparently and there seems to be quite a bit of competition there, especially from Jae In. I can also feel that this is going to be a bad case of second lead syndrome for me, which is not hard with Jae In’s bratty behavior. I have no loyalty toward Jae In so far and Tae Ha doesn’t need to do much for Da Hyun to seduce me as a viewer 😝 (Crossing my fingers for him to fall for Da Hyun and bring his A game on).

4 thoughts on “One Percent of Something”