The two meet at a coffee shop then go to a VR cafe. Lastly, dinner.

I felt like Hyun Woo was surprised and not necessarily overjoyed to see Hyun Ju. That changes during the date. 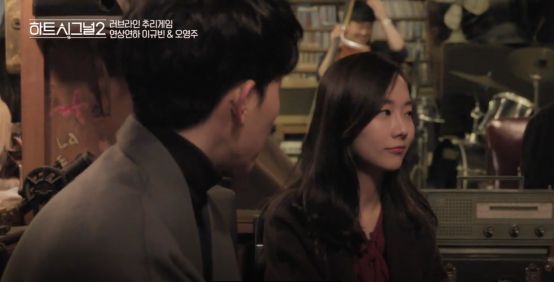 My faves grab dinner and go to a jazz club.

The pair grabs dinner at a nice Korean barbecue restaurant then head to a Christmas market. Finally, a wine bar. Dong Hyun tried to open up a little more but I am not sure it worked.

Jae Ho is a keeper but I  don’t think he’ll end with Da Eun. His feelings have been super consistent and I feel sorry for him.